In honour of the Burma’s martyrs, Myanmar Today has presented a video from youtube with the famous song about General read more

An account of various thrones used by Myanmar kings

King Badon (Bodawphaya, 1782-1819) moved to the new palace on 17 May 1783 and Amarapura (the City of No Death) on 1 June 1783. One of his ministers called Jeyasankhaya (Zayyathinkhaya) compiled An Account on Golden Palace (Shwebon Nidan) and he completed the work on 21 February 1784. This work was used a handbook on the paraphernalia of almost everything read more

“It was a road some said couldn’t be built. Most of the men ordered to make it happen were African American soldiers sorted into Army units by the color of their skin.

As World War II raged, they labored day and night in the jungles of Burma, sometimes halfway up 10,000-foot mountains, drenched by 140 inches of rain in the five-month monsoon season. They spanned raging rivers and pushed through swamps thick with bloodsucking leeches and swarms of biting read more 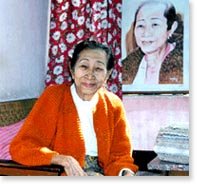 Gee up “HE!” promts the bulls to go forward with bell jingling,

A few who could tarry in rest house hear it and tally beads.
And so the British period passed.

Bombs booming and aeroplanes wheezing;
Seek shelter in a religious dwelling
The one ventures in up and down riverine trading
While the freedom fight is commencing
And so the World War II passed.